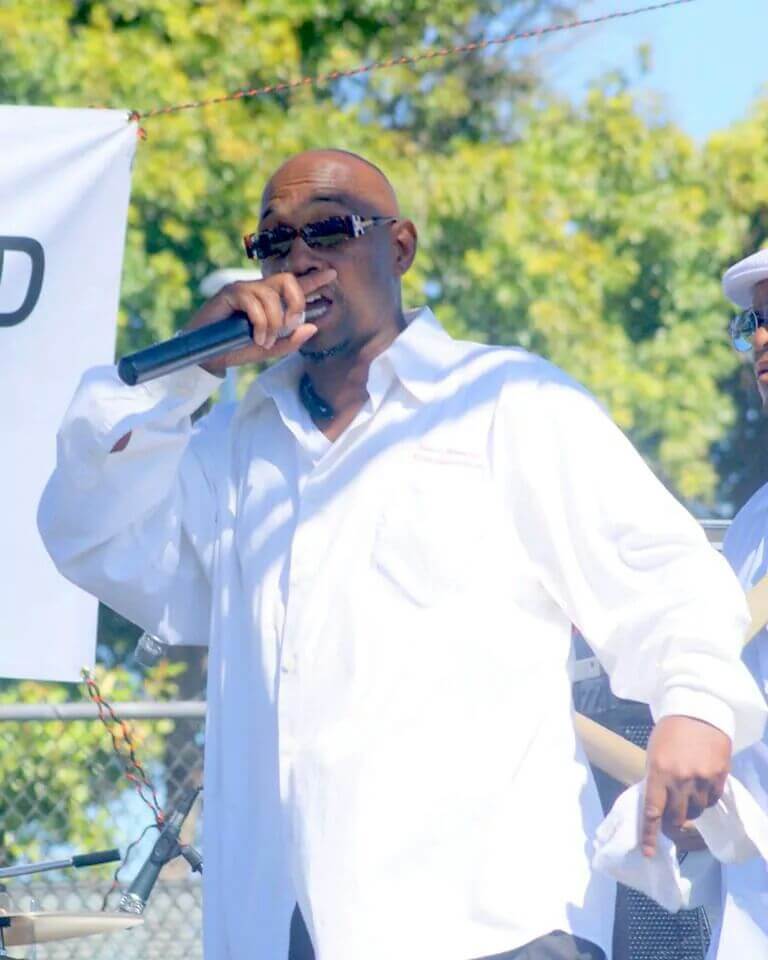 “Comedy is good for the soul, and I love it”EVEN STEVENS

Even Stevens has been doing funny for a long time. Born in Baton Rouge Louisiana, this comedian has established himself, making an impression in the Bay Area and Sacramento since his epic debut in 2009 when he first hit the stage. Running into an old friend that was looking for a host for an event, Stevens mentioned he did comedy and his first performance on stage was at Pepperbellys Comedy Club in Fairfield. His first show of this magnitude, but once he had the crowd roaring with laughter he knew, comedy was his calling. But even before that, Stevens knew comedy was in his blood. He was often asked to tell a joke before class started he was in school by teachers and classmates. “My mother always said I was an entertainer. When family and friends would come over she would have me dancing. Growing up performing in talent shows with his cousin, he was always a good dancer and comedy came naturally. While dancing in talent shows he would grab the mic and start talking. “I didn’t know I had two talents going on at one time”, Stevens said jokingly. Stevens even has is own motto and logo. “Stop Playin”. He has created a line of activewear displaying his”Stop Playin” logo.
So whatever you feel like doing, “Stop Playin”.

Stevens also has a love for acting. His comedy career has been fruitful and he has appeared in several Plays throughout the years. He’s a host, a Standup Comedian and loves doing characters. “I can do the good part, the bad guy, and the comedy guy, because there’s different levels in comedy”. Even Stevens brings a lot of energy and archetypes to the stage through his art of acting and comedy and has also produced several comedy shows himself. As a promoter, he has given local comedians in San Francisco and Bay Area the chance to knock the stage. He began comedy shows at the Marriott in Vallejo, Velma’s in San Francisco, and The Oasis in Vacaville. Even some of Sacramento’s local comedians that perform at the Touch Of Class and from Wild’n Out have graced some of Stevens stages. He still receives accolades and appreciation from local comedians, remembering that he gave them their first platform to perform. “It’s wonderful when someone comes back and acknowledges you and the foot work that you put in”. Stevens has been nominated for the 2017 Northern California Entertainers Music Awards for Best Comedian that’s happening in May 2017, presented by Alex Event Masters & Tisha Daniels, a nominee well deserved.

“Comedians are just like any other entertainers out there. One thing we all have to do is get together and we can conquer it all”, Stevens explained regarding his views on unity and the comedy community. “We all need laughter, but if you’re across the street bad mouthing me just to get that little laugh in, it’s not worth it in the end”.

Stevens has done his homework. He has studied some of the funniest in the business. Steve Harvey, Bernie Mac, Richard Pryor and Eddie Murphy and that’s just to name a few. He was interested as to why some comedians make it and some don’t. He discovered that the ones that made it were little more ambitious or “more hungry” than the others, even though they were out there. Never under bidding his fellow comedians, he lets them know he’s there to help and uplift their talents. “As a promoter I believe there’s enough for everybody. We could definitely tear the Bay Area up if we all got together and went on tour. There is a lot of talent here”. His personal shout out to comedian Sam Bam and Pork Chop with whom he’s worked with over the years. Reminiscing on meeting Pork Chop for the first time, “There was a young lady in the audience, and she was heckling one of the comedians on stage during one of my shows which at the time I couldn’t appear because I had an emergency. She kept saying I’m funny, I’m funny let me up there. So my brother led her on stage and history was made, she was good and she’s been with me every since. It’s people like her that are dedicated that make this thing work”.

“We all think the way were supposed to think”. “I know I’m the best host”, Stevens said laughing. “I love doing what I do, and I think I’m the best host you’re ever going to find. I have often been told I’m not comedian because I’ve hosted so much. I had to go to a “OG” comedian, Rip The Player, (rest his soul), this Is the oldest comedian on the set. He told me, he said “Even, You gonna make it, one thing about you is you are consistent and you keep the crowd going”. Once he gave me that, there was nothing else y’all could tell me”, Stevens said amused.

After performing in Plays for the past couple of years, Stevens feels it’s time to get “back “. “My lane is comedy. Doing the Plays, I got away from what I enjoy doing, so I’m pretty much hitting the pavement harder now”.

Stevens has some new characters he will be introducing us to come up soon.
Uncle Lionel ~He’s headed for comedy. Our first peek at Uncle Lionel will be at Stevens show on February 24, 2017.
Mr. Terrible T ~ You can’t tell him nothing. He doesn’t even listen to himself he’s so terrible.
Hennessy ~ They call him Hen now because he doesn’t drink Hennessy anymore.

“My vision for these three characters is to create an entire comedy show, and guess who will be hosting the show? Even Stevens will be hosting”, Stevens said, trying to get through his laughter. “It can be done and it’s going to happen this year”. Stevens is a hustler and he’s going to make sure that things happen. It’s his time. His “Counterparts”, Uncle Lionel, Mr. Terrible T, and Hen are his comedy now, he will be the host! Sounds like Even Stevens IS back in his lane!

In addition to his comedy, Stevens attends classes and has a tutor in preparation of writing his book, “Every Thang Ain’t Funny”, which is scheduled for release the latter part of 2017, which he foresees it will become a Play.
He gave UB Media the taste of his book.
“I came to California in 1970, when I was six years old. I’ve been dreaming for a long time, my dreams has been big every since I can remember. I went to school one day I told the kids “I’m moving to California and I’m going to California in a helicopter”, and they said “Oh you’re rich!” And I said nah I’m not rich, not yet, but I will be”.
With California now his home, Sacramento very much reminds him of Baton Rouge.
“I tell you why I like Sacramento so much, it reminds me so much of down South. The houses look the same, the little clubs like the Elks Lodge and the people are friendly”.
 There’s a generous side to Even Stevens. He’s giving, compassionate and has a very open-heart for his fellow man. He’s an advocate on feeding the hungry and clothing the homeless. He’s always willing to share his time at local shelters around the Bay Area and has a Coat Drive every year from January through March. He has collaborated with KLJN 107.7 radio and LadyJaz to collect donations of sweaters, caps, gloves and other winter items for the homeless.

” It’s just touching people’s lives. You can do anything you want to do. It doesn’t matter how old you are, or how young you are. It’s all up to the individual person, if you want it it’s out there”.