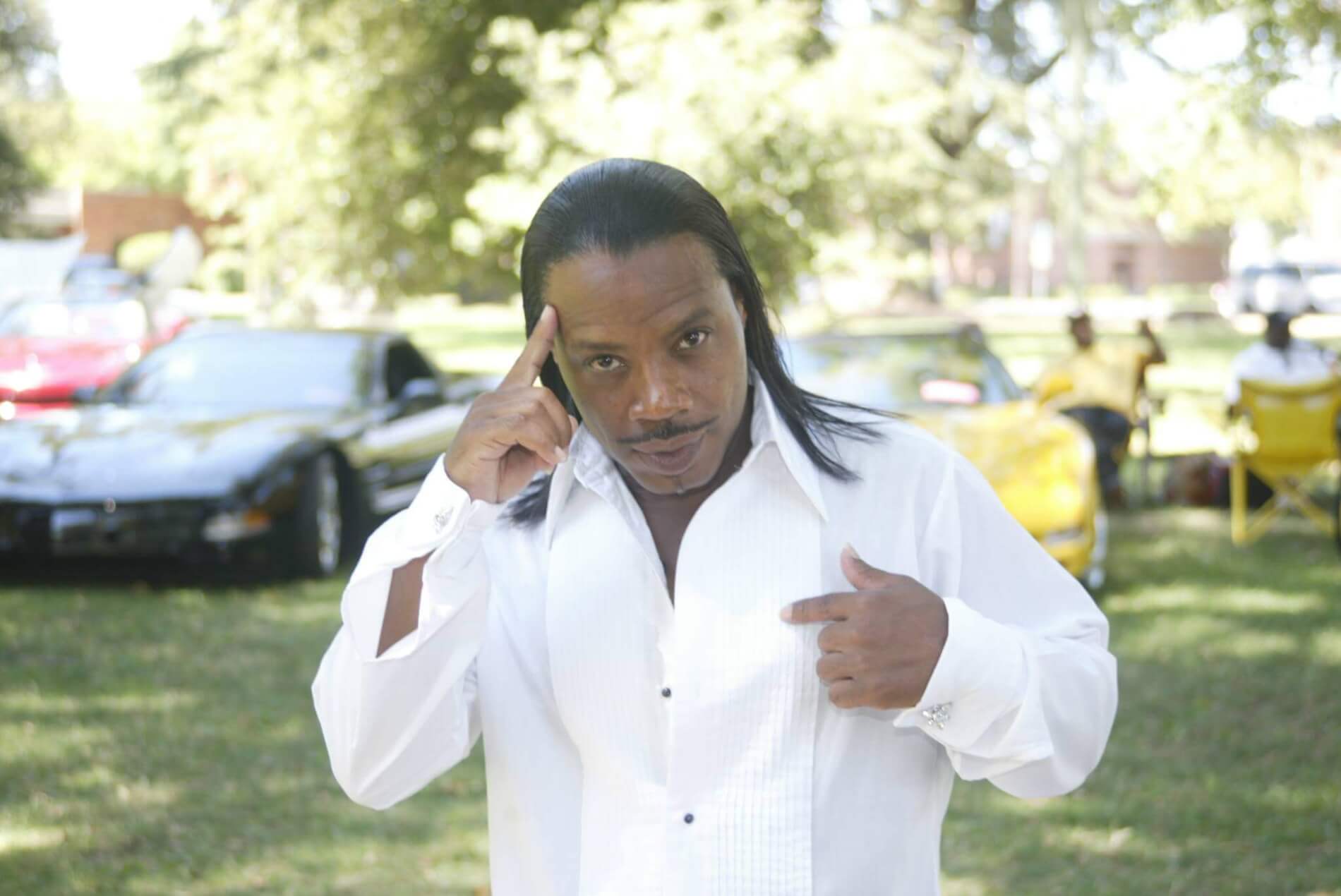 “A small piece of leather, well put together” comes to mind when you see and hear this artists’ performance. He’s hard-hitting, durable, and resilient . The road traveled hasn’t been an easy one for this amazing artist. He admits he lived “the life”. The erroneous life, the incorrigible life. The life that got him “caught up” and cost him precious time and his freedom.
He was singing in his incarceration accompanied by a fellow inmate named Tony on guitar. Tony serving 6 years was never able to produce a crowd until Kingdom began to sing. He earned the name Kingdom from fellow inmates because he sang songs of strength and benevolence towards one another. Unity, brotherly love and how we should respond to each other as humans, but…
Let’s take it back!
Timothy Cornell Patterson began playing drums at the age of 4 using pots and pans to emulate snare and bass drums . He would play all the time leaning against a tree at the family home and eventually taught himself to play.

His father surprised him with a drum set by the time he was 6 and he began learning from older and experienced drummers. By the age of 11, he won a contest and was able to meet and appear on the Lou Rawls Show.”I remember him smelling like a cigar and shaking his hand.”, he said.

Kingdom and Jay King, formed a group called TJ back in the early days when they were kids around 13 or 14. They had trumpets and congas and held practice in Kingdom’s garage and with mom in the house, she gave them encouragement and was one of their biggest fans. Sometime later Jay King moved on to Vallejo and Kingdom continued to grind his skills here in Sacramento with bass players like Rufus Yarbrough. He has been compared to having a style of Anthony Hamilton, and to his credit he has opened for big name artists, such as The Whispers, Angie Stone, Howard Hewitt, Jay King and Club Nouveau.
Kingdom is currently a Soul Legacy Entertainment artist and working on a new CD called Life’s Gospel. The music on the new CD will be focused on surviving trials and tribulations. How we lean on our own understandings and still reach for the Father. Songs that carry a message and reaching out to the fathers, encouraging them to raise and teach their children well. “We need to have some tenacity and fortitude, diligence, and perseverance to save our babies.” Through his songs Kingdom charges us all to unify with one another. He’s very candid and expressive pertaining to his beliefs. You can feel his passion for his people when you have a conversation with him.
On the other side, he’s GOOFY! He loves to tell jokes and make you laugh. He often doesn’t reveal this side of himself to people, only those that are close to him. He also enjoys spending time and playing with toy race cars and plays often with his 4 grand children between rehearsals and performances. He is the father of 4 girls and 2 sons.
His current single, ” I Wanna Go Home”, is a song he wrote that resonates with him during his time away from home. You can catch this artists’ soulful performance on stages all over the Sacramento and Bay Area through Soul Legacy Entertainment’s flyers, announcements, and Facebook.

Kingdom left us with this: “I’m not a preacher, I’m not a teacher. I’m just like you. I see what I see, I believe what I believe and I believe my people are greater than what I see”.