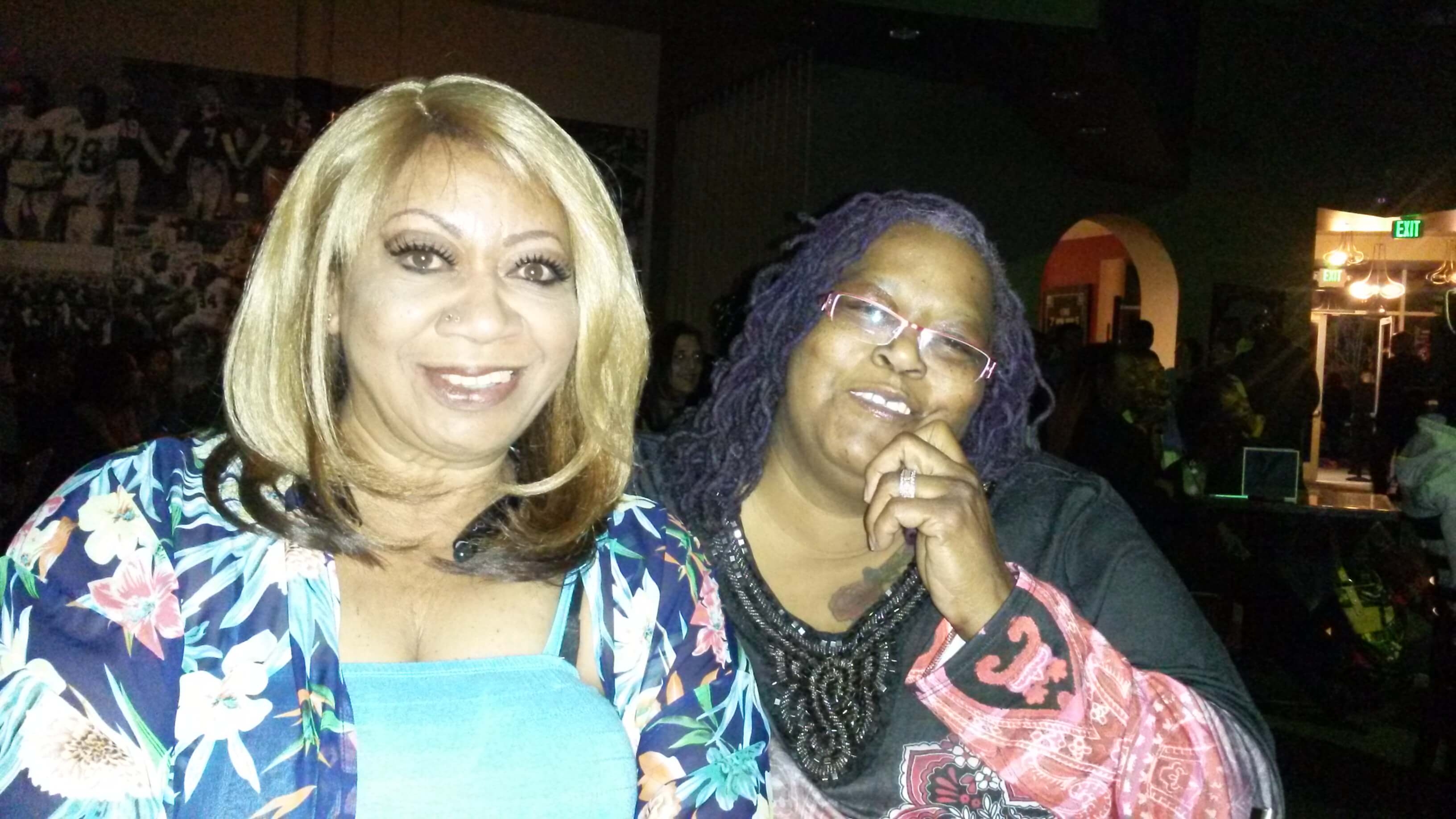 Terry Moore has done it again with his Love Jones 2016 (The Next Level) Poetry & Live Music! Honestly I don’t know what the” last level” was, (this was our first poetry show) but this Next Level show was huge. The event was held at Double Nickel Smokehouse inside Pins & Strikes in Elk Grove. Our host for the evening was the unbelievably hilarious Petri Byrd (bailiff from Judge Judy). I had been told he was a funny guy….but who would have thought he would have us rolling in our seats. He’s a comedian, singer and a pleasant guy.
We were invited out for the evening by Drummer Kat, manager for Carla Lawrence and the Funk Crew and they brought the funk! Funk Crew players, Ronald Matthews (keys), E-Double (drums), Duane Brown (bass), Richard (guitar) and Carla ROCKED THE HOUSE! Carla belting out songs like Sweet Thang by Chaka Khan giving me goose bumps hitting those melodic soaring notes. Lenoris Pdub Louis, that brother can sang!!!! He did a great job on Stop Breaking My Heart (Mint Condition) and this young man Antonio Tidwell sang his interpretation of Jill Scotts’ “A Long Walk” with style and value. It was a very pleasant surprise. I would like to hear more of him. Yes the Funk Crew kept us entertain at each intermission.
Other performing artists were singers Tone Malone, Donnell Gray , they also had awesome performances. “The Love Jones” poets for the evening, Anna Marie, Khiry Malik, Kortney Wright, DaMar Grier, Brandon Leake and the man himself Terry Moore! Each artist brought their our blaze to the stage and created event that identified with Love on lovers weekend -Valentine’s Day! Each poet bestowed on the audience a vocal call to love one another, love your mate, love yourself. Each verbal line reminded us that we must embrace all aspects of love!
We ran into so many wonderful people that were out enjoying the show. Artist Stephanie Smith, Debbie Robinson , Damond Owens (Sexy B4 Dawn), Charles Swain, Melvin Russell, Mech Block- Sherles & family, Sharon Zeccardi, Tony & Josie Rodriguez, Timothy OneGone Poole and his lovely wife and a host of other great folks.
Having established himself here in Sacramento for some time now, Terry Moore has invited layers upon layers of local poets, singers and instrumentalist to the stage (to me) as a sense of duty so that we can all enjoy what Sacramento has to offer. Thank you Terry!
Next up for Mr. Moore…..Laughs Unlimited March 10, 2016…..ya’ll show up! See ya there!

Look who we ran into!