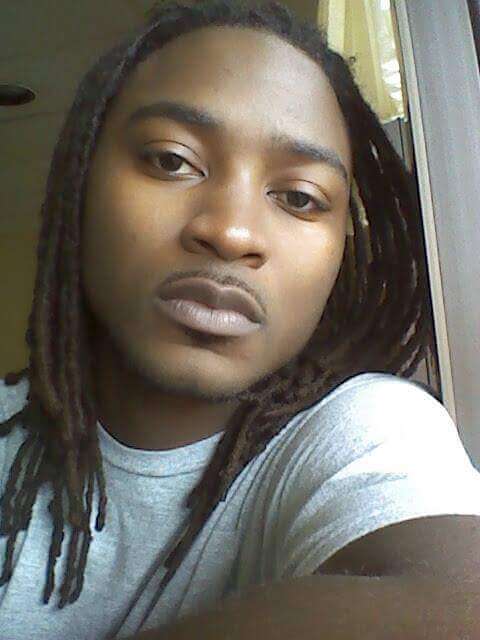 “It’s time to take the stage, then I’ll move out the way, so they only see You that’s inside of me. Don’t let me block the view, that’s not what I wanna do. I wanna be see-through, make sure they see You. Make me invisible”. ? Rashaad
He’s a phenomenal award-winning R&B soul recording artist. Yet and still he’s humble about his stature as being a sensation. He’s modest and meek by nature and has a great spirit. He’s fun-loving, good-natured and a very unique individual.
Rashaad is originally from Detroit Michigan, he is the 10th or 11th child of 23 siblings, he says jokingly. There are generational gaps between Rashaad and some of his siblings and he loves the diversity of his family. He comes from a family of singers, musicians and spiritual teachers. Around the age of six, his family lived on and off with his grandmother. She was the matriarch of the family and did a lot of spiritual teaching, that is where the musical training came from. She trained all of the Carlton siblings to sing, and some of play instruments as well. His parents are singers as well and listened to a lot of Diane Carroll, Barbara Streisand, and Nat King Cole. When he was around his older siblings he heard music from artists like Gladys Knight and the Jackson Five. The combination of music he grew up listening to, ranging from the Classics to the 60’s allowed him to be more well-rounded as an artist. “My mom had one of the most beautiful voices ever to me. I mimicked her and my grandmother a lot”. My father had a more down South quartet voice, he was a Alabama boy”.

As one of Sacramento’s local artists, Rashaad has a great interest in fellow artists support and unity. You can catch him out oftentimes with his manager Kenneth Hall (who he refers to as “Doc”) at various artists events. He and fellow artists Tey Yaniis and Ayanna Charlene have singles that are being released soon and they are collaborating together with some new music. Rashaad is currently featured on Tey Yaniis’ new single “Here’s To Tonight” produced by Bink Wills and Chris Keys.

Rashaad has opened for many big-name artists, Keisha Cole, Black Street, The Temptations, Dave Hollister, Shirley Murdock, Morris Day and The Time, The Whispers, Main Ingredients, Howard Hewitt and many more. He’s currently working on an EP that will include about six tracks of his original songs. In his original music he has a lot to say relating to love, which he says is the basis for everything else that he writes. He quotes Nina Simone, “How can you be an artist, a true artist, and not reflect the times for which you live in”? He’s not political, but knows sometimes in his writing and in his songs he has to address certain issues. He wants to give awareness to what’s going on in his music but not what’s always wrong. And wants his listeners to understand that there is another way, there is another option and there is hope.
The summer of 2016 he will star in his first stage play, “Clown In The Prayer Closet” produced by Lisa Smith-Bryant. The play opens May 5, 2016 at the downtown theater in Fairfield. It tackles a lot of issues that are considered taboo, especially in the church. He plays the role of 20-year-old Nate, a bad boy. “It has been very interesting playing this role because I am a good boy”, Rashaad says laughing. “It’s been fun, and the cast is wonderful, every one of them”. It’s also a musical and he will be performing some of his original songs.
Even with all the recent music projects, Rashaad and Kenneth “Doc” not only have a good working relationship but they are also friends. They are a good combination of business and talent.” This is one of the hardest working people I have ever worked with”, said Rashaad referring to “Doc”. “And I appreciate and value his friendship”. Kenneth Hall is definitely his eyes and his ears. Tack Entertainment Group manages all his bookings and travel and accommodations. TEG also manages American Idol contestant Amber Holcombe, she will be appearing on the final season April 2016.

There’s a lot more on the horizon for this local artists. His calendar stays full and he’s currently booked through 2016 due to the duos’ hard work. Yet he still makes time to sing at private events, weddings and church events. Since the year has begun, Rashaad has worked with promoter Damond Owens (Sexy B4 Dawn), and hosted the NYE Aftermath Party. Covered Adele’s new hit ” Hello”, performed live at Whiskey a Go-Go in Los Angeles. He has performed with the Solsa Band at Thunder Valley Casino Resort and that’s just the tip what’s to come. He has an abundance of shows and events starting in May. Yoshi’s in Oakland and The 2016 Old-School Celebrity Reunion Black Tie Dinner and Award Show in Reno where he will do a tribute to the original “Prince of Soul”, Marvin Gaye.