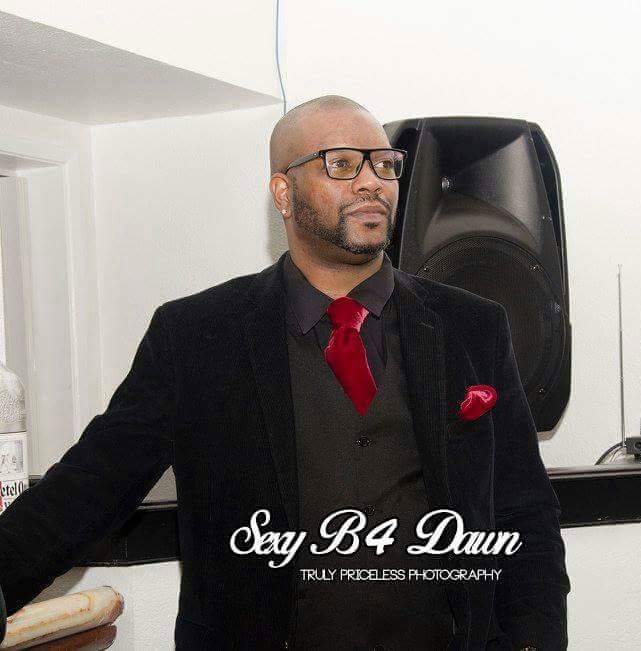 A man that’s committed to the diversity, performance & innovation of an artist. His perspective recognizes and engages. Starting in his college days of being the host for several house parties, barbeques and “get togethers” for immediate friends, (Grambling State – class of 1999), Sexy B4 Dawn begin with a want to get out and do something in Sacramento. Feeling 100 years old in the club, Damond and best friend Rodney Hunter decided they wanted to create an musical environment outside in Antelope. With a decision to make for their new venture, they figured people get their outfits together before going out, they get sexy before dawn, hence the origination of the name.
Damond a lover of live music, also knew people wanted to dance as well. He incorporated live music for the first half during his events and dance music for the latter. The show began as only once a month during the summer and it was a success! That was 3 years ago and the support was so overwhelming that they decided to continue promoting events year round. With the challenge of finding venues, they shopped around Sacramento from venue to venue and decided on Shenanigans downtown. They soon discovered that the people weren’t coming for the live music, but to dance and that caused a transition away from the live music to Saturday night dancing. Fortunately the venue closed and that allowed Damond to go right back to his first love, live music.
Damond revamped and returned doing events once a month called Soulful Saturdays. This time Damond opened the mic to local artist and created a platform where they could showcase their talents. “There is so much talent in Sacramento it’s ridiculous. I wanted to create a platform where their fans could come out and enjoy”. Damond stated. With Sexy B4 Dawn we have a local artist as the host and we do invites for the local artists to perform. Then there are times when we have walk-in artists and they blow the mic away”. Coupled with his girlfriend Melanie Brantley, Sexy Be4 Dawn not only showcases local singers, but instrumentalist, drummers, bass players, keyboard players and the like. Comedians and spoken work artists are welcomed as well. Although Damond considers himself still new to the entertainment scene, the support from fans and cooperation from the artists have kept Sexy Be4 Dawn growing! Melanie, his right hand “woman” keeps it all organized.
UB Media: With your growth of Sexy B4 Dawn, are there any new projects for 2016?
Damond: Right now Sexy B4 Dawn is my baby. I don’t like to do too much at one time. I prefer quality over quantity. I don’t like to spread myself to thin, it dilutes the quality of the first project. We’re working on giving SB4D a strong foundation right now.
UB Media: Choosing the host for the next SB4D event can’t be an easy undertaking with such great local talent here in Sacramento alone.
Damond: The decision for the next host of SB4D is based on that artists’ performance during the current show. So who ever performs that night, depending on the audiences response will host the next show.
Each new host, rehearses with the “SB4D House Band” for their performances while their hosting. The SB4D House Band consists of Cameron Mitchell (keyboards), O’dell Ross (guitar), Isaac Wynn (drummer) and Jerod Mac (bass). Eventually, I would like to have guest hosts like Jill Scott or Goapele while local artists come in. Not just the Sacramento crowd but the Bay Area and surrounding area artists, promoters and producers that are looking for talent. A place where the locals can showcase their talent to the music industry.
UB Media: With working with so many local artists, how important is unity for you?
Damond: Main thing is we need is for everyone to work together. There is a division. Not just between the artists but the promoters as well. It’s like apples in a barrel. Everyone wants to be on top here in Sacramento, but if everybody could come together and put just one thing together, it would be amazing. People shouldn’t have to move out of Sacramento to do something. It’s important to me to build something here where they can showcase their talents, just for the love of music. We want people to know it’s right here. That’s my goal.
UB Media: What large celebrity artists have you worked with?
Damond: I’m staying in my lane. I have the opportunity to get big celebrity names, but I want it to be of quality. Just like local artists build their names, I’m willing to pay my dues, I’m still new at this. I don’t want to bring a big celebrity to Sacramento and playing to a track. I want to have their band there as well. I won’t do anything without a live band. Some local artists would like to perform their original materials to a track and we have to decline. No one will ever perform at a SB4D event to a track.
Rap music is about the only genre of music Damond will not consent to during his shows. Conscious rap is welcomed because of its wide awakening effects on the community. But it also is performed with a live band. Damond along with Sexy B4 Dawn, is confident they have created a place where couples can come in a safe environment and enjoy themselves.
This dynamic couple has been a significant force with local talent establishing their presence on Saturday nights at different venues around Sacramento and surrounding areas. “They” have become a place to showcase. A place to meet and greet. A place to listen and share with some of the best Sacramento artist.
Damond puts me in mind of a famous quote by Benjamin Disreali, “Man is only truly great when he acts from his passions.”
Tootie Keith
UB Staff Writer