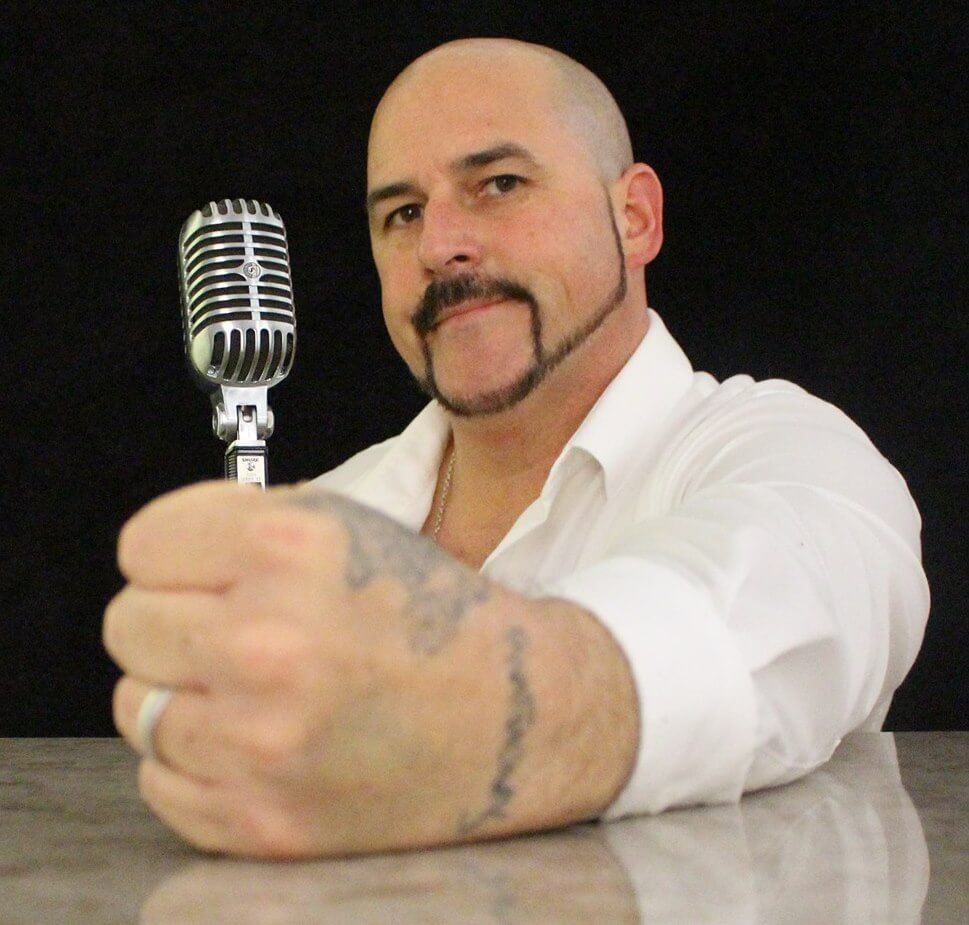 Tony is a native of Watsonville California and has lived in Sacramento for the past 25 years. He’s a Central Valley kid, but has been settling his musical roots here in Sacramento for the last 10 years. He comes from a family with a musical background and everyone plays an instrument. He began playing the piano when he was eight years old for about six months, although he didn’t get to continue his lessons, he was able to retain what he learned and began playing again in 2013. “Music has always played a part in my life one way or another. I’ve been very blessed, and is been very easy for me to learn to play instruments”. He’s worn quite a few hats in his musical ventures, he’s been behind the scenes as producer, stage manager, sound crew, as well as the performer. “As far as vocal singing, I’m self-taught and I’ve never had a coach. There is work that still needs to be done, for myself personally, I have a long way to go”, he said humbly.

Tony owned a security business in Sacramento for 15 years until one night at work, he experienced a violent event that almost took his life, so he decided in 2000 it was time to give it up. He is also worked as a Bouncer and a Bodyguard for clients like Howard Hewitt, EL DeBarge and some of the old school acts such as The Dramatics and Lou Rawls. He’s a gadget lover and describes himself as “a little geeky” and admits he has quite a collection. Tony has been married to his sweetheart Josie since 2011.

His plans for the up-and-coming year 2016-2017, he wants to change his musical dynamics and perform solo. Just him, the keyboards and the audience, “More personable and intimate and in touch the crowd”. During his shows he’s known for getting the crowd involved, he loves their participation and he loves engaging with his audience. “I want them to be a part of the show, I want them to enjoy themselves while they’re there”.
Currently working in the studios and completing two singles, he’s ready for release early 2016. His next single that he will be working on was arranged by Big Mike Hart, Jr. and he’s going into the studio May 2016 to start recording. He’s striving to get one single every three months to the end of the year recorded and then he will work on his CD.

The concept of the Rhythmethod Band, they’re a dance band. They get their audience up and out of their seats to the floor have a good time.
Tony finally is at a point in his life where he could start his band. His youngest daughter (who is now 22), is all grown up, he now has the freedom to go ahead and pursue bigger music aspects. He didn’t want to be involved in music while his children were young because he didn’t want to take himself away from them. Two years ago he started his first Rhythmethod band, now he’s working on phase 2. They have made some changes and incorporated some new players which has made the band a lot stronger and way more funky. Ed Gray, his drummer, is a close friend, originally from New Orleans, he’s been based out of Oakland for quite a few years now and played with Tony in Oakland at local shows. His new guitar player, Gary Bell, along with his younger brother will be playing the bass, are on board. His dynamic background singers Vicki Briscoe, Jos? Mira Montes, and Tony are steadfast as the band likes three-part harmony, with each one taking a lead.
The band has a blend of Old Funk, Blues, The Disco Era and Top 40, as they perform songs by Cool And The Gang, SOS Band and Slave. They are bring a lot of the songs to live music that most bands don’t play.

Tony is a big supporter of the local artists and musicians. Not being able to make every show, he feels that it’s a great thing to get out and support one another. “That’s what were supposed to do, that’s the way it should be. No artists in the history of music has ever made it alone”.
He has shared the stage with great local artists, J Black, Ronald Matthews, who he’s known for about five years. He is also been on the stage with Brandi and Solsa, along with Jimi Morris and Mercy Me. He’s collaborated with Terry Moore on some events and has shared the stage with well known artist as Lady G, Shawn Raiford, Tanesha Jackson, Vickee Love just to name a few of the locals. “To me music is connecting and building relationships. The music gets stronger and stronger, that’s great, but if it doesn’t, I’m still having fun”.